Check out GNB's NEW Get a Quote and subsidy calculator tool!

Check out GNB's NEW Get a Quote and subsidy calculator tool! 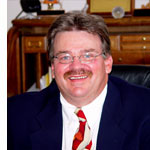 Terry Roote spent a dozen years as the senior account executive for NorthMed before establishing Great Northern Benefits in October of 1999. Terry attended Northwestern Michigan College and Michigan State University, and is a member of the Traverse City Kiwanis Club and past-president of the Torch Lake Lions Club. Terry and his wife, Sue, enjoy golfing, boating and the great outdoors in general. 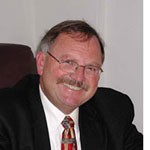 Prior to joining Great Northern Benefits, Jay Hooper was the President and CEO of NorthMed for a decade. Jay earned his undergrad degree from Taylor University and holds an MBA from CMU. A former Grand Traverse County commissioner and chairman, Jay recently retired from Grand Traverse County Road Commission, the NorthFlight Board of Directors, and the Northwestern Michigan College Board of Trustees. Jay is a member of the Agricultural Preservation League of Old Mission Peninsula where he and his wife, Marie, operate Montague Estate Vineyard and Montague Kennel. Jay enjoys golf, working in the vineyard and accompanying Marie, their Collies and Goldens to AKC events around the country. 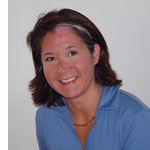 Prior to starting her career with Great Northern Benefits, Dolly spent over a decade with NorthMed prior to their merger with Priority Health, her last position as Provider Services Coordinator responsible for credentialing, training and ensuring regulatory compliance for a roster of nearly 1,000 providers in 15 counties in northwest lower Michigan. Dolly has also worked at area radio stations, both behind the mic and in their sales departments.

Dolly is responsible for new and renewing group proposal development and benefits administration. She earned her producer license in 2002 and specializes in individual Medicare and small business benefits.

Dolly lives in Suttons Bay and enjoys playing the piano and the bassoon, golfing, sailing and alpine skiing. She is the assistant organist of First Lutheran Church, a bassoonist with the Northport Community Band and serves as its music librarian. She is avid supporter of aspiring young musicians.